This post contains instructions for compiling GridDyn on a Windows OS computer using MSYS2 as the compiler. Topics covered include downloading the GridDyn source file, installing the SUNDIALS solver library, building GridDyn, and running an example on GridDyn.

The alternative to Visual Studio for compiling GridDyn on Windows is to use MSYS2. I do this on a regular basis to test different compilers and ensure that everything compiles correctly.

The MYSYS2 software is an independent rewrite of MSYS, based on Cygwin (POSIX compatibility layer) and MinGW-w64, with the goal of better interoperability with native Windows software. MSYS2 provides a Unix-like environment to build Windows applications. It uses Arch Linux’s pacman package manager. The SourceForge MSYS2 web page contains the installation instructions for both the 32-bit and 64-bit versions.

I use the 64-bit version and typically install it directly on the drive (in this case C:/msys64). Administrative privileges are not required to perform the installation.

Once pacman is installed, you should be able to open a command window from the installed start-menu shortcut.
The following is the first command:

If you have a new version of the software, updates are not required; if not, there may be some updates required, in which case follow the on-screen instructions.

Compiler Tools
Next you need to install the tools that will be used to compile GridDyn. Type the following command:
$ pacman –S mingw64/mingw-w64-x86_64-gcc

There are several options for compilers. The latest version is gcc 6.2; any compiler that is version 4.9 or newer should work.

Other packages to install include the following:

Getting the GridDyn Repository
The last part of the following command can be whatever you want it to be; it is the directory from which to download the source file.
$git clone https://github.com/LLNL/GridDyn.git gridDyn-public

Installing SUNDIALS
Before you build GridDyn you will need to download SUNDIALS. 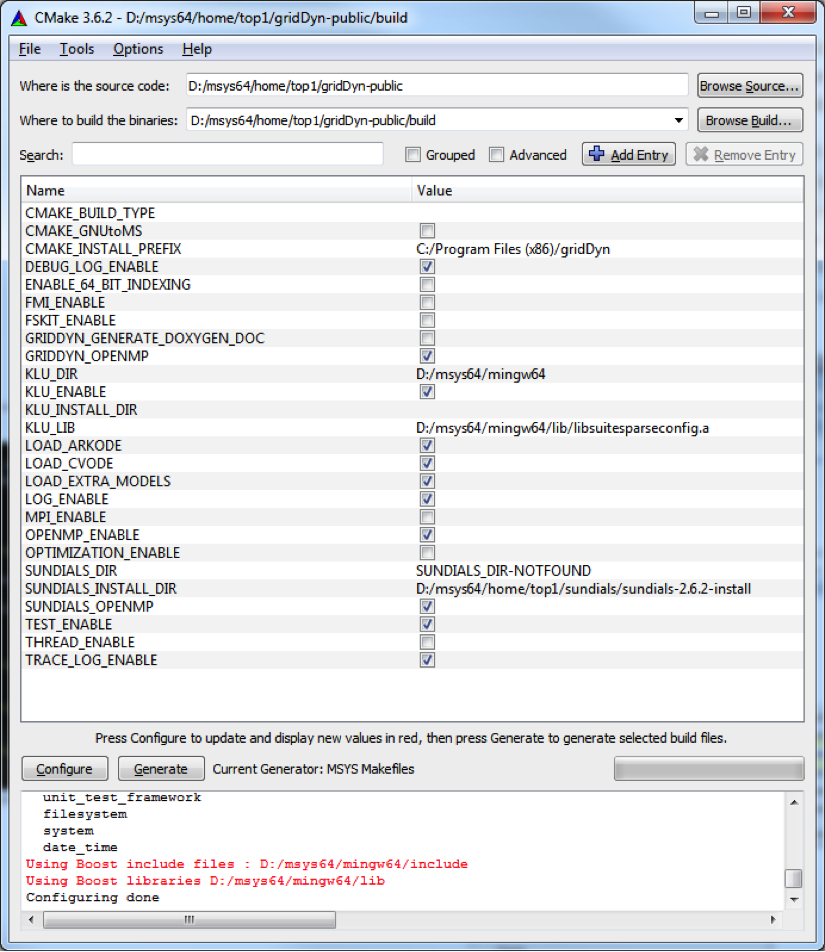 In the directory created by typing the following lines, the main executables are gridDynMain and test.

This prints out a formatted file of the results of a simple two-bus case.

Congratulations! You have now compiled and run an Example on GridDyn.